The Challenge depicts the DC Tower 1, currently the tallest building in Vienna / Austria. At the time this photograph was taken, I used to pass by the Vienna Donau city almost on a daily basis. However, I never looked up towards the sky as I had to pay attention to the traffic around. One day, when I had a few hours of free time and was waiting to pick someone up from Schwechat, I made a stop here. I just could not believe my eyes – how was it possible not to see a 220 meters high DC Tower 1 building, circled by a crowd of black ravens while I was gazing at its top for the very first time?

So the very next weekend I returned with my camera, hoping, I’ll be able to shoot some nice picture. Nevertheless, the ravens were gone and having seen the pictures afterwards my return, I was a bit disappointed, they seemed to me a kind of boring. I let them ripen on my disk for a couple of days. Everytime I returned back to them, I didn’t like them at all. There still was this strange feeling – it is said, the hope dies last. I gave it the last chance, I played a little bit with the B/W conversion and voila! Suddenly, with bated breath I looked at what I got! A futuristic image from a forgotten scene from the Metropolis movie! So I quickly put one raven back to the scene as seen before and in the last moment I registered the photograph for the AMFO – Slovak national photography competition. Finally, it won the honorable mention price.

Drag the slider either to the left or to the right in order to see either the original or the processed picture: 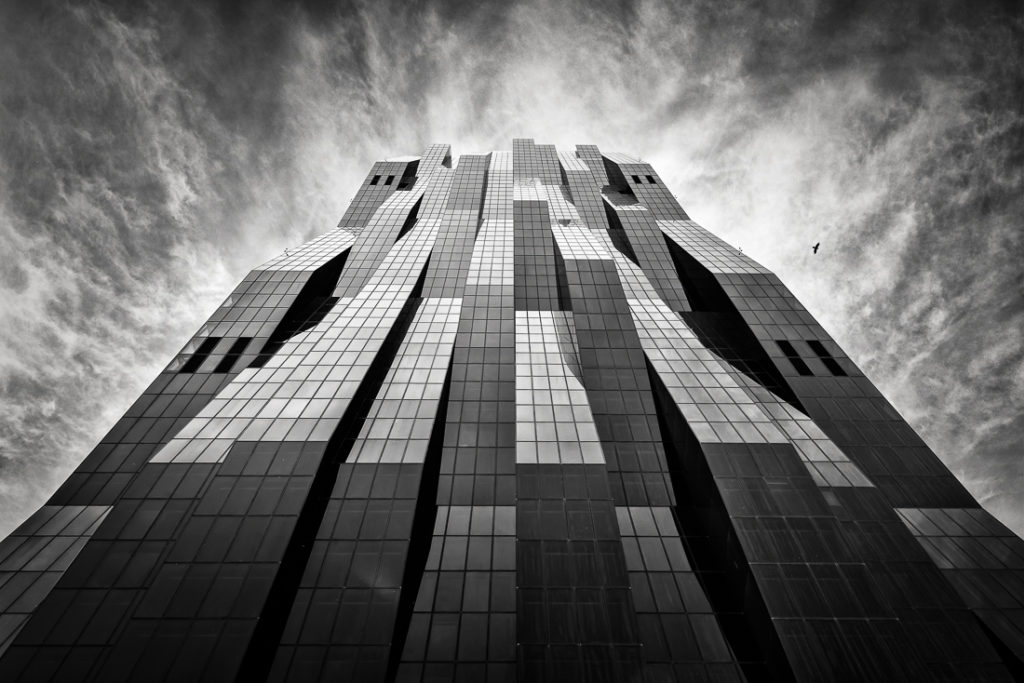 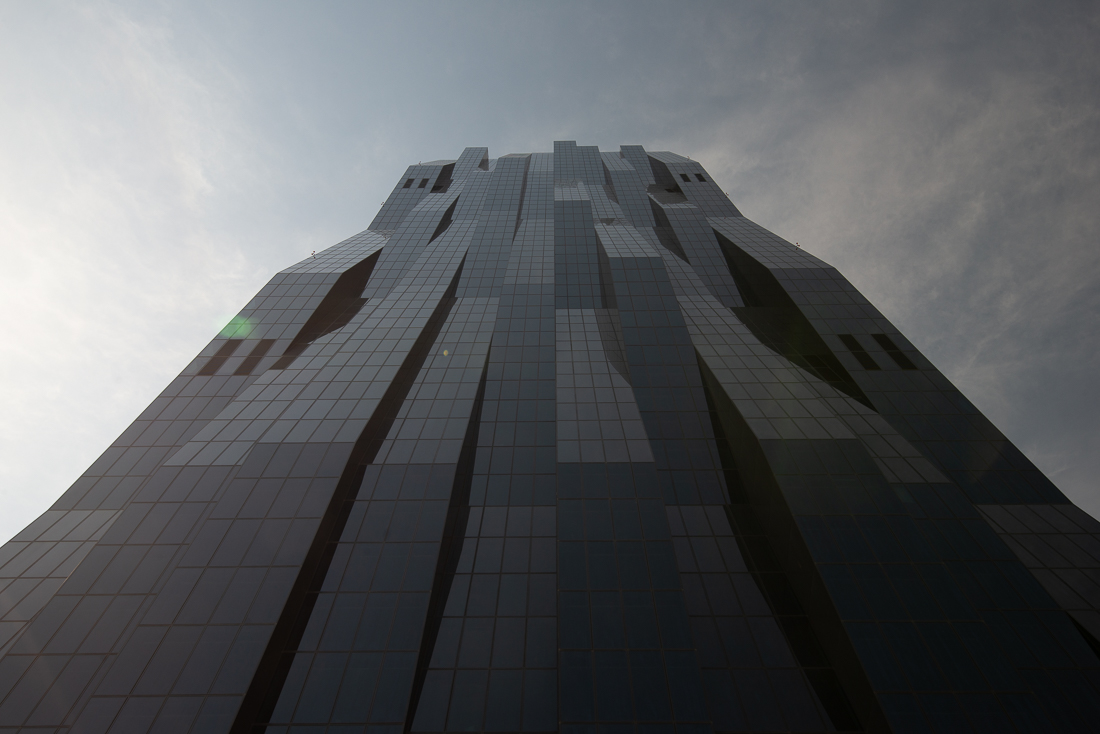 More urban-related pictures are to be seen here: