Having searched for some new URBEX objects, I discovered an abandoned summer house not that far away from Bratislava, my home town. It was build by the Italian architects as a summer residence for the niece of Alexander Puškin, a famous Russian poet. At the time of its’ greatest boom, the summer house was full of precious furniture, musical instruments, books and paintings. However, the niece’s death in 1937 foreshadowed its ending and by the time it became a ruin.

From the very first moment as I saw it from the forest pathway leading to its’ entrance, I was rather impressed. I just could not stop staring at a small castle with a tower and a dome over the historical portal, thinking about the history of the place. During the niece’s youth, the summer house was known for its’ decadent fun. So I thought about a young, spellbound girl, trying to get away from a demon living inside of the house.

Somehow, once again my oldest daughter liked this idea. She borrowed her mother’s white dress and we did a simple photo shooting. One more time, there was a plenty work to do in the post-processing then and the final picture differs a bit from the original. But finally, make your own opinion.

Drag the slider either to the left or to the right in order to see either the original or the processed picture: 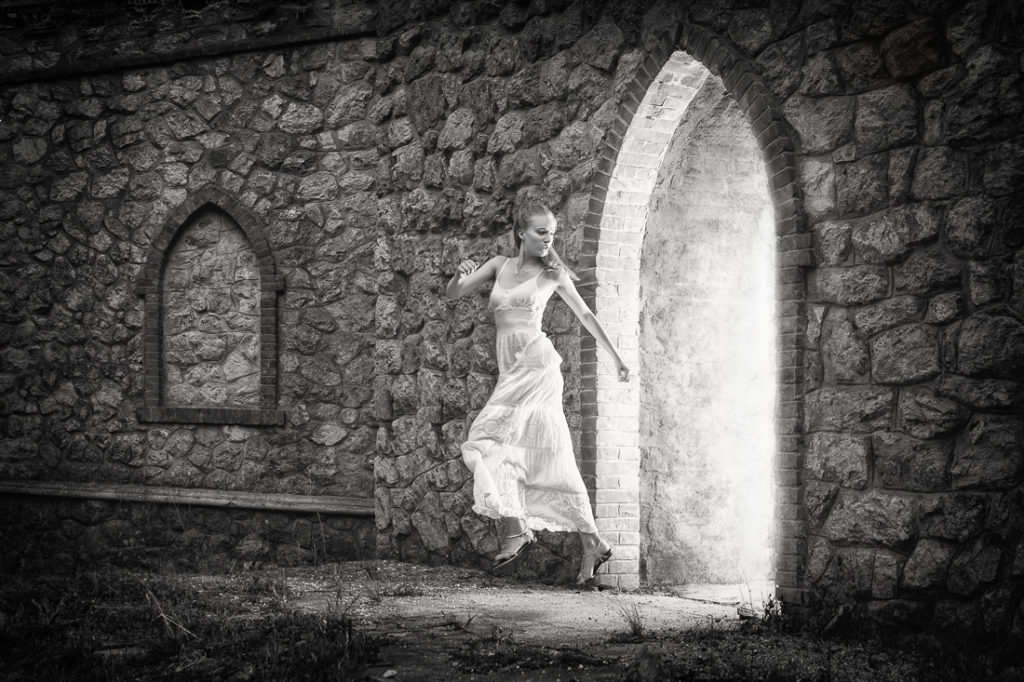 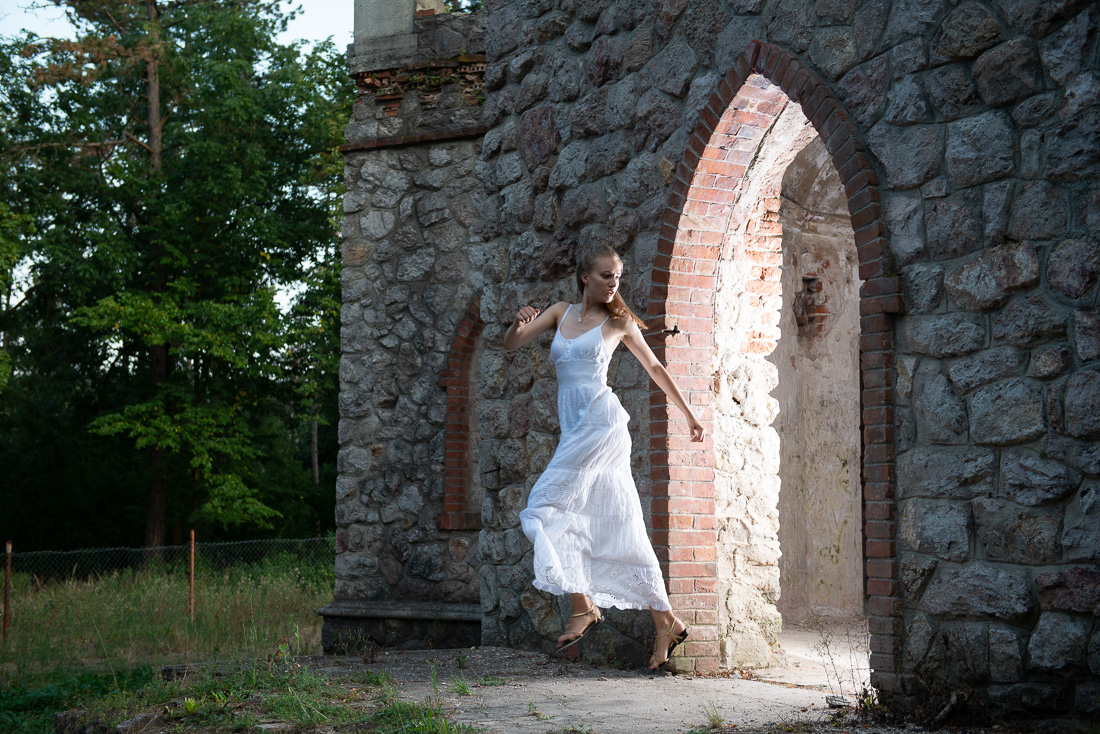 There are more pictures in the Other gallery to be seen:

Other
Manage Cookie Consent
We use cookies to optimize our website and our service.
Manage options Manage services Manage vendors Read more about these purposes
View preferences
{title} {title} {title}