The Last Aid belongs to the picture series of abandoned objects scattered around the whole Slovakia. This particular one is from the dining room of already non-existing hospital in the very center of Bratislava.

Some time ago, I had been searching for all possible URBEX sources related to the buildings like this. It was rather fascinating to see the institutions, once full of people and glory, left to rust and rot. The mixture of the beauty and the sadness invoked a lot of virtual stories starting to unfold in my head right after arriving at the place itself. Anyway, it was not as easy to find the way into this hospital at that time as it seems today; and it took me almost one year to figure it out. The way inside lead through a steel grid with one segment missing, leaving just enough space for a belly of my size or a backpack with the photographic equipment. Behind the steel grid, there was a corridor ending up in the the flooded basement with the chairs sticking out of the water like small islands. Having passed this stinky pool, one was just at the main entrance.

One of the stories was about a crazy doctor helping his patient to find way out of the hospital. For this reason, I bought a medical suit and a stethoscope. Once, as my oldest daughter asked whether she could join me on my almost usual Saturday trip to the hospital, I knew the right time for this story had just arrived. We smoothly passed the steel grid and started to climb from one chair to another. But being half way to the main entrance in the flooded hall, she received a culture shock from the underground environment. Standing there on a chair, she started to shake badly and became rather green. I immediately offered her to return, but she refused. Finally, she regained the whole consciousness and we were able to move on. Nothing else then stood in the way for The Last Aid photograph. Moreover, another picture of the abandoned objects series was taken – The Drug.

From the technical point of view, the post-processing have taken me quite a while before reaching its final look. At that time, I was new to Photoshop and I had to spent a lot of time looking at YouTube tutorials in order to handle layers and masks properly. But if you have an idea what you want to achieve, nothing is impossible. Nevertheless, the next image depicts, how far away can the source be from the destination.

Drag the slider either to the left or to the right in order to see the original and the processed picture: 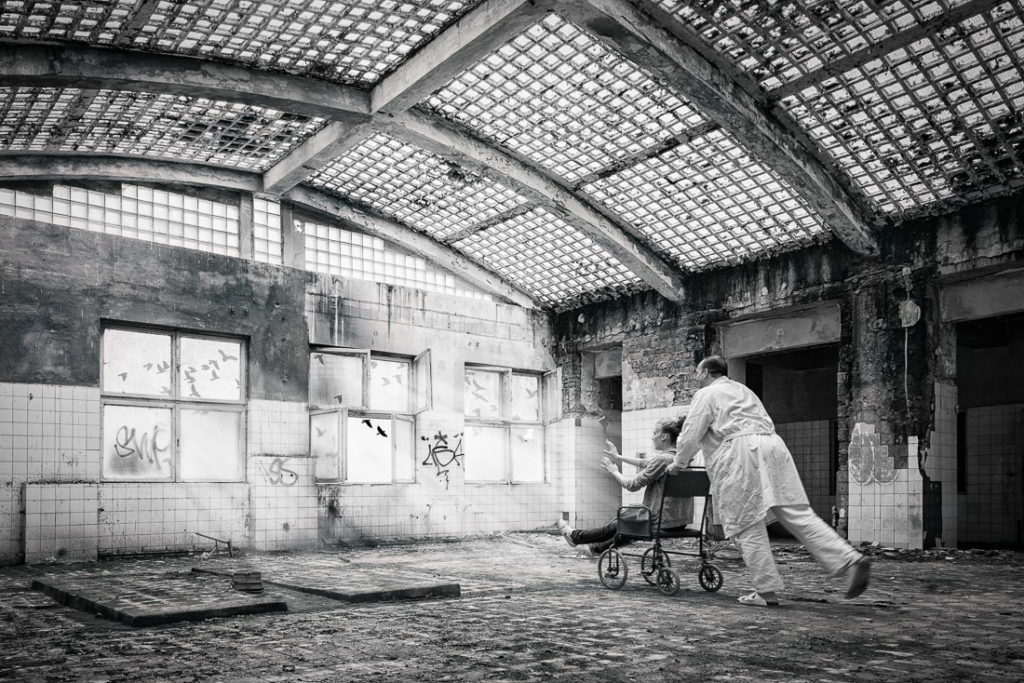 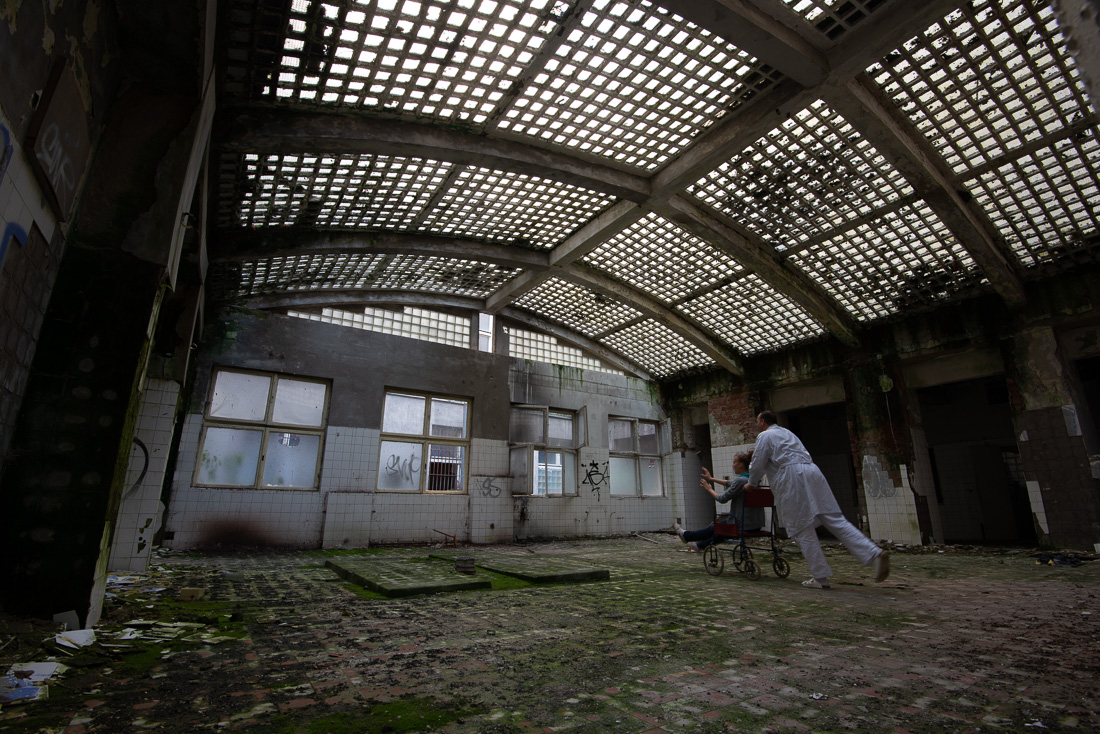 There are more pictures from the Gone series to be seen here: